Our Kirkby Moor wind farm is one of the oldest in the UK, which began operating in 1993, however it's future remains uncertain.

There are 12 turbines between Broughton and Ulverston which has caused a lot of controversy, with Kirkby Moor Protectors (KMP) campaigning to stop the renewal of the existing wind farm and the installation of a new wind farm.

In December 2017, South Lakeland District Council denied Ventient Energy permission to extend the lifespan of the wind farm until 2027 with six councillors to five voting to block the proposal.

Ventient Energy have appealed the decision as the use of turbines would be beneficial to the community and the country’s green energy sector.

A public inquiry will be held at the Coronation Hall on 22nd January to decide its fate.

On 10th January, demonstrators gathered outside the Coronation Hall to show their support for the wind farm, which they claim is important for the environment. Peter Howlett, a member of the Green Party’s Ulverston branch, said Kirkby Moor wind farm was a vital asset to nearby communities.

A petition has been launched to keep the turbines and has more than 120,000 signatures to date.

Mr Howlett said: “The aim of the petition is to hopefully keep the current wind turbines in place after the planning application for more efficient ones was turned down.

“We should be encouraging renewable energy to reduce emissions and wind turbines do that.

“It’s ridiculous that people would want them taken down just because of how they look.

“I personally try to encourage people to look at them as a thing of beauty.”

John Hudson, of Broughton, a spokesman for KMP, previously said: “We will be providing evidence to help protect this wonderful skyline landscape.”

He added: “We will show the turbines are as unwelcome today as when they were imposed on this community 25 years ago.”

As part of its continued building of a strong, leading, diversified renewable energy business in Europe, Ventient Energy has extended its Iberian business, signing a purchase agreement for a total of 443 MW capacity, comprising 203 MW of onshore wind and the future buildout of 240 MW of hybridised solar which will be built on Ventient’s onshore wind sites. 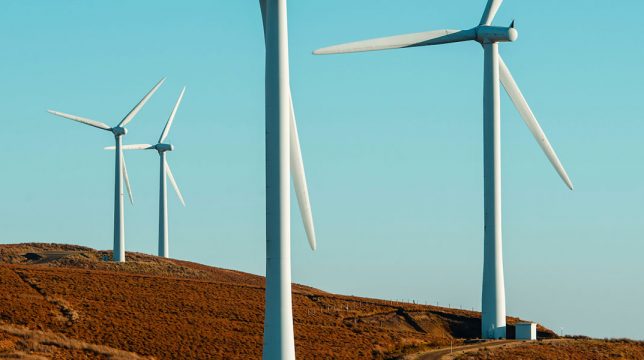 Ventient Energy is delighted to announce the appointment of Carlos Guinand as non-executive Chairman of its Board of Directors.